Due to the complexity of primary ciliary dyskinesia (PCD), diagnosis is often delayed or even missed completely. This article explains how a simple nasal nitric oxide (nNO) test can assist in identifying the disease at an early stage.

What is primary ciliary dyskinesia?

Primary ciliary dyskinesia (PCD) is a rare condition characterised by abnormal cilia, in other words dysfunction of the hair-like structures that line the airways. The condition leads to chronic inflammation of the respiratory system.1 As an inherited disease caused by a genetic disorder, PCD is present from birth.2 It is estimated that 1 in 20,000 people have PCD. Some studies indicate that the actual number may be considerably higher (up to 1 in 4,100) if mild, undiagnosed cases are taken into account.1

People with PCD typically experience chronic respiratory problems, a wet cough, and nasal congestion from birth. Around half of the people with PCD also have situs inversus, a condition where the organs in the chest and stomach are positioned on the reverse side of the body.3

Older children and adults may also develop ear infections and hearing problems, chronic pansinusitis (inflammation of all sinuses), bronchiectasis (a condition where the airways of the lungs become abnormally widened), and fertility issues.3

The challenges of diagnosing PCD

An early PCD diagnosis increases the chance of a normal life span and can avoid or slow down lung damage. Unfortunately, PCD diagnoses are often delayed.2 One study has shown that 70% of patients had made over 50 visits to a GP before a diagnosis was made.5 The reason is that PCD is a complex disease that is difficult to diagnose. There is no conclusive test and no universal gold-standard for diagnosis.6

The two most widely used methods for diagnosing PCD are biopsy of ciliated tissue and a genetic test. Neither test is 100% effective however,3 and this is where nNO comes into the picture as a screening test.

nNO tests are now advocated across Europe and North America to support a PCD diagnosis, to determine whether further tests are needed, or to rule out PCD.5

The American Thoracic Society (ATS) has produced a guideline for PCD diagnosis. Their recommendation states that nNO testing may have diagnostic accuracy equivalent to that of biopsy and genetic testing and can be used as added diagnostic value. As nNO values can vary, they recommend an nNO test on two separate occasions.6 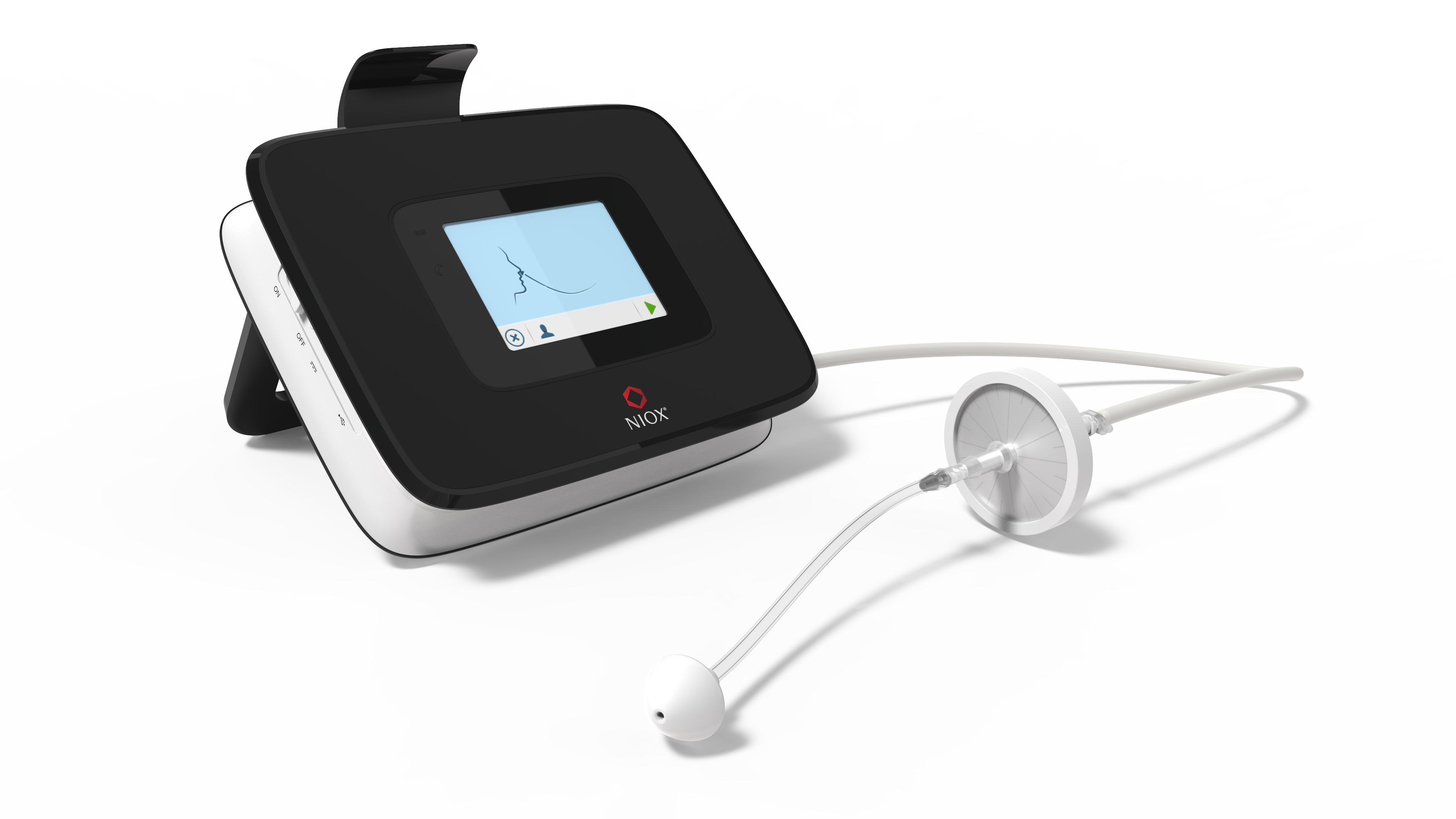 NIOX VERO® is the only fully portable device for nNO measurement. It has the added benefits of being easy to use, non-invasive, and suitable for both children over five years and adults. Two modes are available: tidal breathing and exhalation against resistance.

PCD is a complex disease, and there is no single method to confirm a diagnosis. An nNO test can assist the identification of PCD and has proved useful as a supplement to other diagnostic tests. The American Thoracic Society has produced a guideline that includes recommendations for using nNO measurements for PCD diagnosis.

For more information on how NIOX VERO® and nNO testing can help PCD diagnoses, please see our website niox.com or contact us directly with any questions you may have: